RSS
← Cavalieri’s Principle
Student Misconceptions about the Similarity of Rectangles →

Are you familiar with Notice & Note: Strategies for Close Reading? Here’s a link to Heinemann’s Notice & Note learning community, and here’s a sample PDF. I wonder whether our Standards for Mathematical Practice are similar to the Notice and Note literary signposts.

It’s not enough to just read a text. We want students to read for understanding and comprehension. The literary signposts help students with close reading of a literary text.

Similarly, it’s not enough to just explore math with dynamic graphs and geometry. We want students to explore for understanding and comprehension. The math practices help students learn how to interact with a mathematical problem or concept … and what to notice.

What do you need for a dilation?

We used our dynamic geometry software to perform a dilation.

About what things might you be curious as you explore dilations?

(I thought of Kristin when I used the word curious.)

What happens when the center of dilation is inside the pre-image?

What happens when the center of dilation is on the pre-image? (on a side, on a vertex)

How do the corresponding side lengths in the pre-image and image relate to each other?

Yes. Figure out what changes and what stays the same as you take a dynamic action on the dilation. Begin to make some generalizations about what you notice.

And don’t just notice, but actually note what you’re thinking.

The room got quiet as students noticed and noted their observations about dilations. I monitored student work both using Class Capture and walking around to see what students were noting. 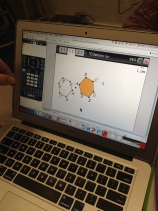 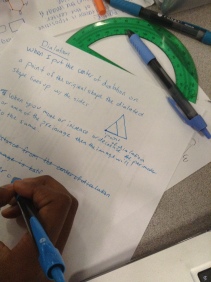 (I promise I’ve tried to make it clear to students that dilation has 3 syllables and not 4 … but we do live in the South.)

Eventually, they shared some of their findings with their team, and then I selected a few to note their observations for the whole class.

BB showed us what happened when he perfomed a dilation with a scale factor of -1. He had noted that it was the same as rotating the pre-image 180˚ about the center of dilation. 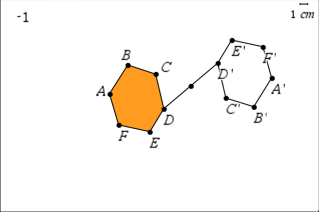 FK showed us that when she drew a line connecting a pre-image point and its image, the line also contained the center of dilation. 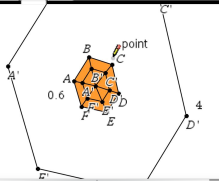 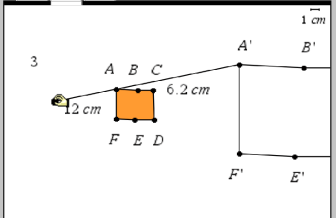 We next determined a dilation and set of rigid motions would show that the two figures are similar. 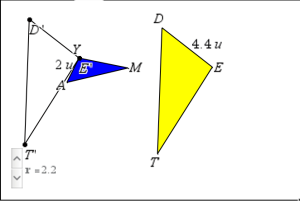 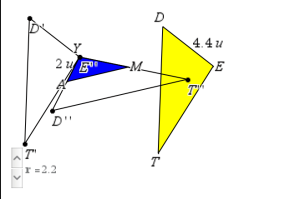 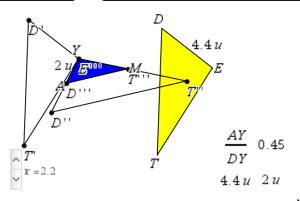 Then we looked at dilations in the coordinate plane. I knew that my students had some experience with this from middle school, and so I sent a Quick Poll to see what they remembered.

Due to the success on the first question, I changed it up a bit with the second question.

I’ve rearranged the polls to try that the next time I teach dilations.

We ended the lesson with a triangle that had been dilated. Where is the center of dilation?

And so the journey continues, with hope that noticing & noting will make a difference in what students learn and remember …

← Cavalieri’s Principle
Student Misconceptions about the Similarity of Rectangles →

3 responses to “Notice and Note: Dilations”