RSS
← Ratios of Areas Performance Tasks
Why I Believe in CCSS →

Let’s look for and make use of structure. Which of these is not like the other? 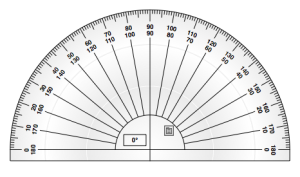 If you were trying to attend to precision, would you prefer one over the other?

Question 26 on the PARCC EOY Grade 4 Practice Test asks which angle measures 65˚, which I can do without using the protractor.

But I tried using the protractor tool, just to see how it worked, and I had a difficult time using it. 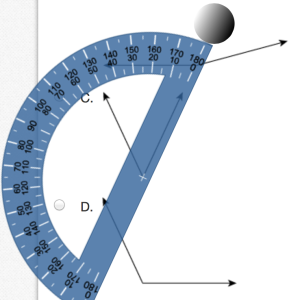 It struck me that I don’t think using the protractor tool should be tricky. We are already asking students to measure while negotiating rotating the computer protractor with a mouse or trackpad. Do we expect them to guess where the rays would extend as well? On paper, I would use my pencil and a straightedge to extend the rays.

I felt confident about placing an initial ray of an angle at 0 using the other protractor tools. 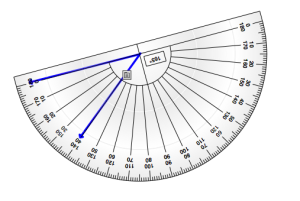 And so the journey continues, wanting the best tools available for our students so that they can show they know how to use appropriate tools strategically …

← Ratios of Areas Performance Tasks
Why I Believe in CCSS →

3 responses to “The Protractor Tool”